Kuala Lumpur, 25 August 2017, Westports Holdings Berhad (“Westports”) would like to announce that its wholly-owned subsidiary, Westports Malaysia Sdn Bhd (“WMSB”), has received an Approval-in-Principle (“AiP”) from the Government of Malaysia (“GoM”), in a letter dated 23 August 2017, to expand its container terminal facilities from Container Terminal 10 (“CT 10”) to Container Terminal 19 (“CT19”) (“Proposed Expansion”), which is an extension from the current CT1 to CT9 development. The terms and conditions of the proposed expansion are subjected to further deliberations between the GoM and WMSB.

With the AiP, the Company will now commence and undertake the various studies required before finalising the terms and conditions with the GoM.

Ruben Emir Gnanalingam, the Chief Executive Officer of Westports, commented, “The Proposed Expansion from CT10 to CT19 can potentially increase the total handling capacity of Westports up to 30 million TEUs per annum, and further strengthen Port Klang as the pre-eminent port for the nation’s gateway trade as well as a transhipment hub in the region. The approval also reflects the GoM’s commitment to prioritise Port Klang as the load centre of Malaysia”.

Westports Holdings Berhad was listed on the Main Market of Bursa Malaysia Securities Berhad on 18 October 2013 and is the largest listed port operator in Malaysia.

Westports is strategically located in Port Klang along the Straits of Malacca. The Company is involved in container and conventional cargo handling as well as providing a wide range of port services, including marine, rental and other ancillary services. 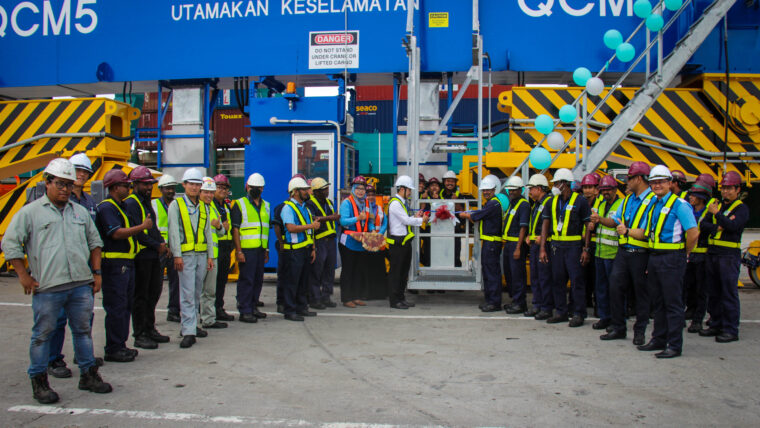 World’s biggest container ship made her maiden call at Westports