Tan Sri Datuk Gnanalingam attended the Royal Military College from 1960 until 1964 before obtaining his Bachelor of Arts Degree from the University of Malaya in 1968. He is also an alumni of the Harvard Business School in Boston, USA, having attended the School’s Advanced Management Programme in 1983.

Tan Sri Datuk Gnanalingam started his career with the British American Tobacco group in 1968 as a sales representative and was later promoted to Marketing Director in 1980. In 1988, he started G-Team Consultants Sdn Bhd, a marketing consultancy that acted as the Corporate Consultant for the marketing operations of Radio Television Malaysia from 1988 to 2000. In 1994, Tan Sri Datuk Gnanalingam successfully secured the concession to operate Westports.

Tan Sri Datuk Gnanalingam’s efforts were recognized when he was named Transport Man of the Year in 2001 by the Ministry of Transport, Malaysia. In 2007, he received the Small and Medium Enterprise (SME) Platinum Award, the Chartered Institute of Logistics and Transport (“CILT”) Malaysia Achiever of the Year Award, and was admitted as a Chartered Fellow by the CILT, UK.

He was also presented with the Outstanding American Alumnus Award 2007 in the field of Logistics and Transport by the American Universities Alumni Malaysia.

In 2017, Tan Sri Datuk Gnanalingam was awarded as the Value Creator: Most Outstanding CEO by the Edge Billion Ringgit Club for his visionary leadership excellence in transforming Westports as Port Klang’s leading terminal operator.

Tan Sri Datuk Gnanalingam previously sat on the National PEMUDAH committee from 2007 until 2012 and was reappointed in 2014, a special task force set up by the then Prime Minister of Malaysia to facilitate businesses in Malaysia by identifying improvements to existing government processes and regulations based on global benchmarking reports and public feedback. He was also appointed a member of the National Export Council in March 2015.

In 2020, Tan Sri Datuk Gnanalingam was appointed to the Economic Action Council (“EAC”), which comprises members from the government and private sectors. The EAC has been tasked to ensure economic sustainability, find ways to stimulate the economy, recommend short and medium-term plans to ensure economic growth, and ensure that the EAC’s decisions are being executed efficiently.

His eldest son, Datuk Ruben Emir Gnanalingam, is the Group Managing Director of the Company.

He attended all four Board Meetings held during the financial year. 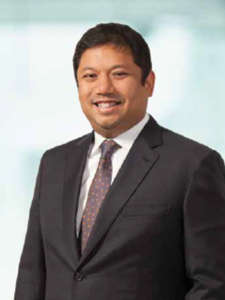 Datuk Ruben Emir Gnanalingam bin Abdullah was appointed as Director of the Company on 5 July 2005.

He attended Victoria Institution between 1989 to 1993 and later, Eton College in the UK from 1994 to 1995. Datuk Ruben graduated with a Bachelor of Science (Honours) Degree in Economics from the London School of Economics and Political Science, the UK, in 1998. He also holds a diploma in Port Management, awarded by the University of Cambridge Local Examinations Syndicate.

Datuk Ruben started his career as a trainee in WMSB in 1999 before leaving WMSB to set up a start-up incubator known as The Makmal Group in 2000 until his departure in mid-2005. He then re-joined the Company as a Director in 2005 and was later appointed as Chief Executive Officer on 15 January 2009, a position he held until 31 December 2017 before being appointed as the Group Managing Director for Westports Holdings Bhd on 1 January 2018.

Datuk Ruben is the Owner and Vice-Chairman of Queens Park Rangers Football Club, which participates in the English Football League (EFL). He is also a founder and Board Member of the Los Angeles Football Club (LAFC) which is a member of the US Major League Soccer (MLS). He also serves as an Executive Council Member of the Football Association of Selangor.

Outside his professional engagements, Datuk Ruben has involvement in many other business and industry-related groups. He is the Deputy President of Kuala Lumpur Business Club Malaysia and in 2019 was appointed by the Ministry of International Trade and Industry (MITI) as one of three (3) members representing Malaysia for the APEC Business Advisory Council (ABAC). In 2020, he joined the CEO Action Network (CAN) as a Steering Committee Member. CAN is a coalition of leaders with the purpose to shape policies, winning stakeholders, and creating a favorable ecosystem for sustainable businesses and sustainable development in Malaysia.

From a charitable perspective, he also serves as the Chairman of the QPR Community Trust and has been appointed to the Westports Foundation on 5 September 2019.

He is the eldest son of our Executive Chairman, Tan Sri Datuk Gnanalingam A/L Gunanath Lingam. He is also a Director of Pembinaan Redzai Sdn Bhd and Semakin Ajaib Sdn Bhd, which in turn hold shares in the Company. Datuk Ruben is also a shareholder in Semakin Ajaib Sdn Bhd. He attended all four Board Meetings held during the financial year.

Mr. Lee Mun Tat (Eddie), Chief Executive Officer of WMSB, is primarily responsible for controlling and overseeing across multiple divisions covering Terminal Planning, Container Operations, Commercial, Finance, Marketing and Engineering of WMSB. Prior to his current role and responsibility with WMSB, Mr. Eddie has demonstrated his competency by holding different management roles including the Senior General Manager (in 2017), Head of Commercial (from 2006 to 2016) and Finance Manager (from 2003 to 2005).

Before joining WMSB, Mr. Eddie started his career with Matsushita Electronics Components (M) Sdn Bhd, after which he joined Jutajaya Holdings Berhad and All Best Furniture (M) Sdn Bhd with his last position as Group Finance Manager. All these previous roles have equipped him with extensive working experience in the areas ranging from commercial affairs, business development, terminal service contracts, pricing, and statistics as well as credit control.

Mr. Nanthakumar has 21 years of experience in Container Operations and in areas of capacity planning, yard planning, Training & Development, Logistic section, Control room operations and Project management . Prior to joining the Westports Group, he worked for Wal Mart in Detroit, USA, as an Assistant Manager in 1998 before returning to Malaysia in 1999.

He holds a Bachelor of Business Administration Degree from Western Michigan University, USA. He did his Major in Operation Management and Minor in Economics.

Mr. Tan Wei Chun joined the Westports Group in September 1998 as an Operations Executive and has since been attached to various departments including operations, customer services, gate and logistic operations, berth planning, vessel planning and yard planning prior to assuming his present position in January 2011. He is currently responsible for the overall Information Technology department for Westports.

He holds a Degree in transportation and logistics from the Chartered Institute of Transport and is a member of the Chartered Institute of Transport since 1997. He attended the Senior Management Development Programme organised by the Harvard Business School Alumni Club of Malaysia in collaboration with senior faculty members of the Harvard Business School, Boston, USA, in 2004. He also attended Linkage’s Global Instutute of Leadership Development (GILD) in 2017.

Mr. Megat Amirul joined the Westports Group in November 2019 as a Senior Finance Manager and he assumed his current position with effect from August 2020 with the responsibility for overseeing financial related matters of Westports. He holds a Bachelor Degree in Accounting and Finance from University of New South Wales, Australia.

Mr. Megat has more than ten years of experience in the field of accounting and finance. He started his career as an auditor with Ernst & Young in 2012.

Subsequently, he joined Schlumberger as a Senior Financial Analyst in 2015, overseeing the region of Algeria, Tunisia and Libya for BITS and Drilling Tools Segment, and subsequently became the Head of Finance in KAT Technologies Sdn Bhd, the main distributor of CELCOM for Peninsular Malaysia in 2018 prior to joining Westports.

Encik Ahmad Damanhury bin Ibrahim joined the Westports Group in July 1995 as a civil engineer and assumed his present position in 2007. He is currently fully involved in all technical matters and the planning of construction developments for the future 4.8km of Wesports’ 8 new terminals CT10 to CT17, besides rendering technical supports to the existing port infrastructures/facilities, hydrography and maintenance dredging works.

Encik Ahmad has performed various key roles for the port infrastructure developments ranging from designs management and optimisations, constructions planning and management, tenders contracts administration, economics and commercial evaluations as head of projects position. Prior to Westports, he worked with a UEM Group subsidiary involved in the designs and constructions audits of the PLUS and Metramac’s KL highway projects.

Thereafter, he was attached to a consultancy firm from 1992 to 1995 involved in designs and constructions management of the Subang Airport Redevelopment project and the Kuala Lumpur International Airport project.

Mr. G.Ravindran Gunasekaran joined the Westports Group in January 1996. He started as a Traffic Executive, and then moved to Warehouse and later as a Claim Executive in the Conventional Department. He was subsequently transferred to the Container Department in 1999 as a Vessel Planner and then joined the Yard Planning Team. In 2001, he was absorbed into Container Operation and was assigned various designation and responsibilities such as the Shift Operation manager (SOM), Vessel Operation Manager (VOM), 5th Vessel Operation Manager and Head of Container Operations and Marine.

He assumed his current position as Head of Human Resource Department since September 2018. He is also the chairperson for the Westports Join Consultative Committee (WJCC).

He holds a Bachelor Degree in Anthropology and Sociology from University Kebangsaan Malaysia. He attended the Senior Management Development Programme organised by the Harvard Business School Alumni Club of Malaysia in 2004. Some of the key seminars or courses that he has attended in recent years are Lean Management, Mind Valley Talk, Oracle’s System Integration and KPI and Creation of Objectives for Organization.

He started his career as a Marine Surveyor in SGS Malaysia. To date, Mr. G.Ravindran has 26 years of experience in the field of People Management , Logistic and Ports.

Mr. Nadarajan A/L Krishnan joined the Westports Group in November 1999. He had started his career as a Traffic Executive and was transferred to container operation as a shift Operation Executive. He subsequently moved to the Planning Department as a Yard Planning Executive. In 2005, he was promoted as the Operation Planning Manager. In 2011, he was assigned to the Yard Planning Section as a Head of Yard Planning section. Currently, he is heading the Planning Department, and he is responsible for the overall yard planning, berth planning, vessel planning and operations of the container gates. He is also involved in succession planning and competencies development for his team members through coaching and training.

Mr. Nadarajan has 21 years of experience in container operations and yard planning. He holds a Bachelor of Urban Planning and Economy from University Malaya, and started his career as a Town Planner with the Shah Alam Municipal. He has also attended the Senior Management Development Programme organised by the Harvard Business School Alumni Club of Malaysia in collaboration with senior faculty members of the Harvard Business School, Boston, USA, in 2015.